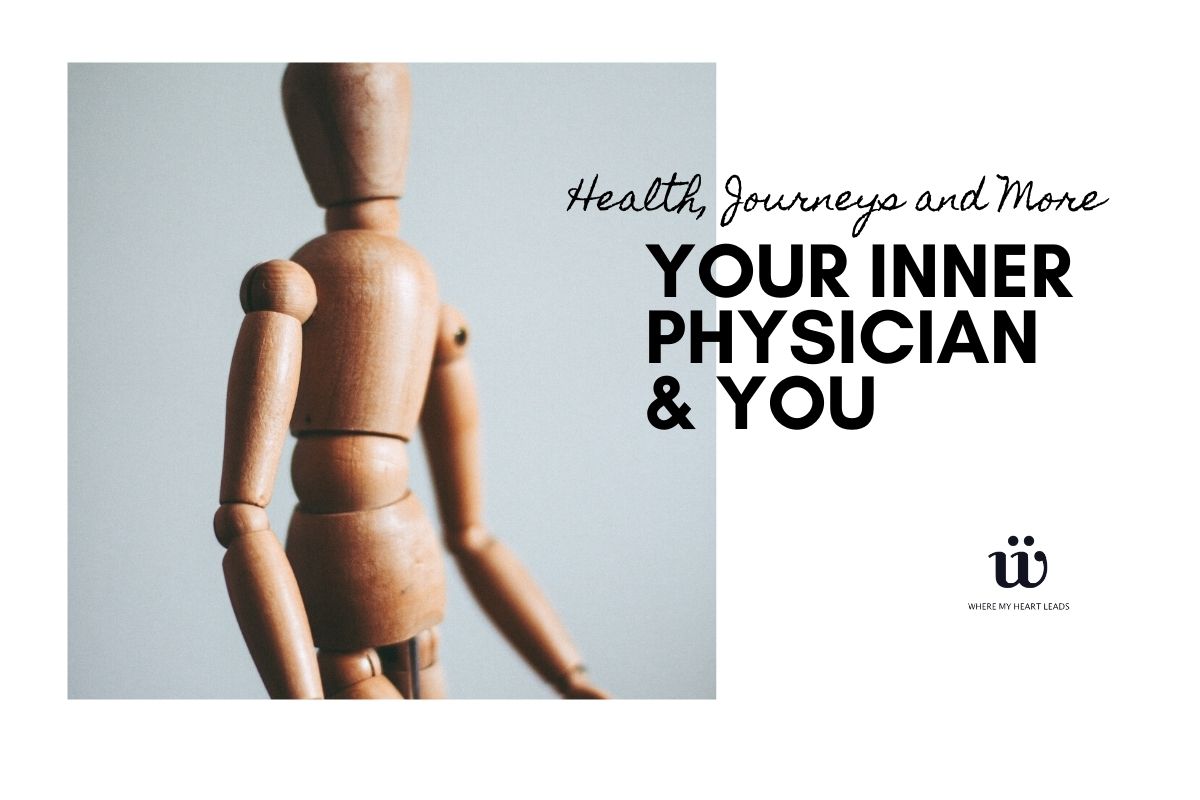 Written by the founder of Craniosacral Therapy (CST). The title is apt – our bodies are the ones doing the repair, the growth, the healing. We all have an inner physician. What encourages the body’s own healing to take place? What hinders it? How can we lend the body a hand in its healing?

It was disgusting, but we got through it

During the worst of the eczema, my whole scalp was oozing liquid and blood from the sores of the skin. I still remember lying on the massage table, clearly distressed by how out of hand the scalp was, and also embarrassed that the therapist would be working on such a horrid case. The smell of bodily wounds, the liquidy mess.

Blessedly, Catherine the therapist didn’t pass any judgement and made me feel at ease. By the end of the session, the oozing on the scalp had stopped. I was relieved that the skin has at least calmed down. I won’t be worrying about staining the pillows that evening. Following a few more sessions, the scalp had a full recovery.

There was no need for steroid drops, or expensive medicinal shampoos for scalp dermatitis. The skin had started mending through the body’s own healing abilities.

What is Craniosacral Therapy?

Many people have asked –

“So, what is CST?” To which I reply, “It’s a therapy you receive fully clothed. You lie on a massage table, and the therapist will work on releasing blockage in your body that is stuffing you up. That is done by holding space a palm on say the shoulder area, and another palm under. The ‘manipulation’ or movement is gentle. It’s holding space for the body to relax into a release. To relax into an unwind. To let go of old emotions, pain, baggage it’s gripping onto.

Cranio of Craniosacral Therapy refers to our skull (Cranium) at the top; Sacral refers to the sacrum, the triangular tail-like end at the base of our spine.

Whilst our ribs protect our essential organs, our spine protects the nerves running through to our brain.

Our major chakras too run along this spine. Our crown chakra at the top of our head down to the base chakra at the bottom. When the body’s energy isn’t flowing, the effect is two-fold. First, our body’s “Qi” or energy can’t get where it needs to go to do recovery work, and two, there isn’t flow to remove the toxin build up. In my case, the blockages created an explosion – a serious one to expel the toxins through my scalp.

A CST session is very relaxing. The therapist places their hand underneath and lightly on your body, sandwiching it. For those who can feel the subtleties of energy might feel some tingling or movement of Qi. I had the deepest results when I fall asleep or am kind of in a dream during the 60 or 90 minutes session.

In my process of addressing the eczema condition, and finally clearing it once and for all, I worked with two Craniosacral Therapists who used CST to work on the body in different ways. One Therapist helped me unwind a lot of emotional blockage; the other more physical blockages. Of course the emotional, physical, and mental are all intertwined.

The scalp issue had come up previously.

The first time it happened, I was desperate. Just one piece of my scalp was itchy and had an open wound – it wasn’t too bad. I went to see someone who’s supposedly a great specialist for skin issues the Adventist Hospital. She gave me steroid drops for the wound and oral antibiotics. It seemed to sort the situation out, until it didn’t.

Ultimately, cranial sutures are there for a reason

Between the first and the second time, the situation worsened by a lot. I suspect it was because I had a course of acupuncture sessions for the eczema. The doctor inserted the needles into my scalp. As I am naturally quite averse to needles, when those needles got hooked up with electric current and dials turned up – it was difficult to relax. I just felt the throbbing in my scalp. The experience made my skull and scalp more tense overtime, blocking the flow of energy. The un-straighted arms because of eczema wounds in the joint disappeared, but little did I know the scalp was a ticking bomb.

Luckily, after Western Meds, and after over the counter stinky medince in ampules, CST got to the bottom of it. The scalp tension normalised over time. When you look at a model of a skull there are these lines of small gaps called sutures. These small gaps has still slight movement in young children as the shape of the skull is still taking shape. The CST therapist is sensitive to the shape as well as the shifts in the skull. Mine was previously very jaggedy, which changed as the build-up and hold-up were released.

It’s a start, working with someone to help you become more aware of your body and it’s innate healing abilities.

Karen , Where my Heart Leads

I used to make this muscle relief blend based on Kurt Schnaubelt’s recipe in his book The Healing Intelligence of Essential Oils. An Auntie friend loved it. I did too. The smell of cinnamon, the cloves, and maybe some immortelle from independent farmers who distilled the oils. She offered to bring some for her personal trainer to try, however, he said he couldn’t feel the effects. For someone used to the “burn” of over-the-counter muscle “heat” creams, the personal trainer couldn’t feel the subtle as well as chemical properties from the essence of these plants.

Changes and shifts can be subtle. And you’ll notice more clearly as you feel and become aware to it more. With any healing with the body, you want to support your body in giving it time to rest, to mend, to heal. Find the practitioner you trust and see the magic of your body.

I was surprised that my once pill-popping dad, who had a mighty collection in his pills cabinet went to go try Craniosacral Therapy for himself. (Without my prior knowing). Clearly, he has been influenced by the other family members who use immune-boosting foods and herbal remedies over his stash in the pill cabinet. The shift after a CST session physically can be subtle, or it could be drastic.

I most often refer people to this book as it was one of the most fascinating reads when I explored healing modalities. Written by Dr John Upledger, someone who hails from a Western medical background as an Osteopathic physician, Upledger chronicles the happenchance that led him to developing Craniosacral Therapy (CST) as well as cornerstone cases of how CST allowed the inner physician to support people’s healing. I found it most fascinating when he recounted what he discovered that Western medical textbooks had made no mention of whilst in a spine surgery for a young girl. That was the starting point that saw Upledger create a method to encourage our “Inner Physician” and us to work hand in hand.

It’s a start, working with someone to help you become more aware of your body and it’s innate healing abilities.

Up Next: Kicking Eczema in the Butt (Posted on Medium, about Toxic Metal detox)