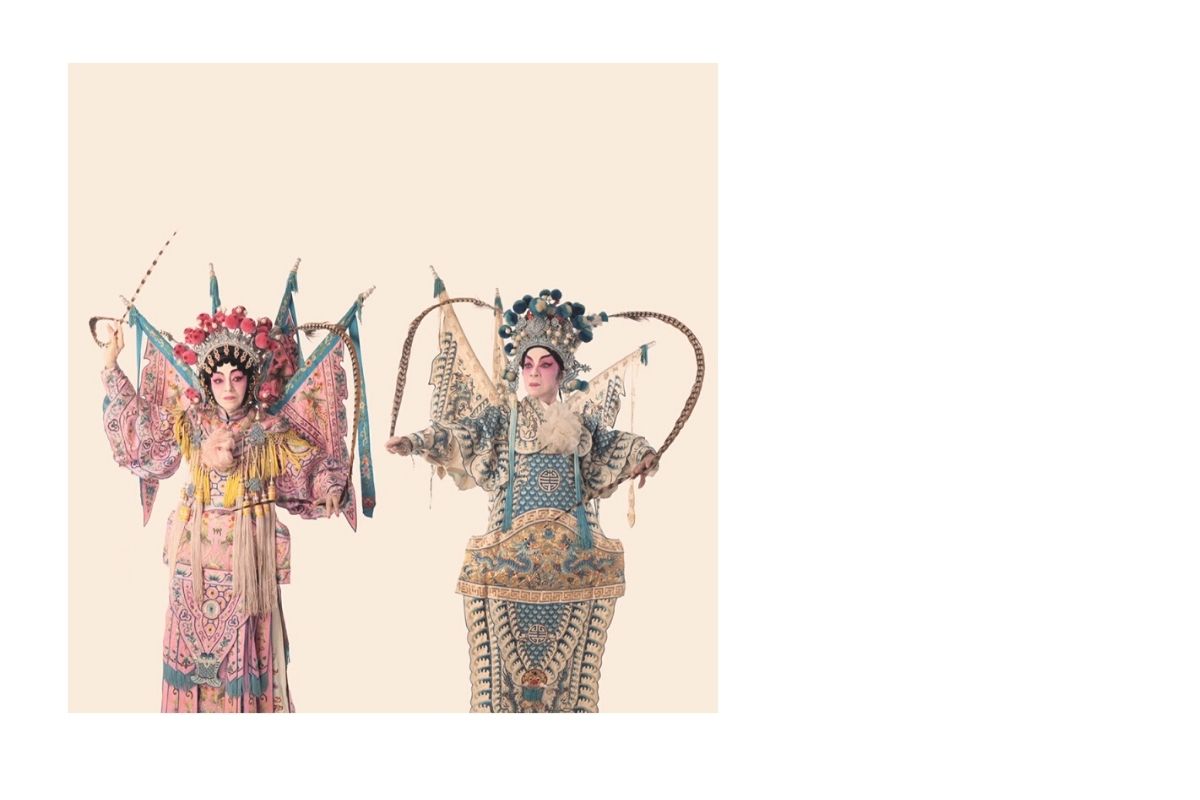 Little did I know, that I was in for a treat with the Havana Divas that evening.

I probably was not the only one with question marks over my head when we saw two westerners, age 80+ singing and performing Cantonese Opera complete with gestural expressions. Italian Opera, which is relatively ‘mainstream’, Cantonese Opera is a rare specimen I had believed only existed in my part of the world. As Cantonese Chinese myself, I had not watched even one performance before that night.

They were impressive – not only because of the authenticity of their performance, which was true to the art. (The way they pronounced the words, and the way they , you feel they were bringing through customs of a different era.) But their story offers a window into the Chinese histories of diaspora.

Caridad Ho age 87 and Georgina Wong age 89 hail from Cuba, halfway around the globe and are living links to another era.

Their expressive and genuine ballads enraptured the audience. After a moving performance, the two octogenarians sat on stage as part of the program to share with us a piece of their life.

Caridad’s mother gave birth to her at age 16, but the father died soon after she was born. A Chinese man with the last name Ho saw the mother and child on the streets and took them in.

That was how Caridad got her Chinese name.

Two years later, however, Ho fell sick and mother and child went on the street yet again. This time another Chinese man, Bill Fong, took them in. Bill and Caridad’s mom married and Bill brought up Caridad like his own.

Bill Fong was amongst the large numbers of Chinese migrants that left China during the late 1800s when China’s last dynasty was in decline. Many left looking for a better life overseas. In China, Bill was a rebel. He loved Cantonese opera, but the family didn’t. Despite their disapproval, he would sneak out to see many performances.

Once he found his footing in Cuba, he made his dream of founding a Cantonese Opera troupe come to life. Although Cuban by birth, all the operas, the back stories, the arias, gestures, rhythms, and expressions of Cantonese Opera. Her father and the troupe he founded were her great teachers.

When an elder sings her childhood

During the post-performance chat, Caridad was asked if she remembered the first song she learnt to sing. She sang, almost immediately the first song she learned – a song Bill, her father, taught her. I was moved to tears. It wasn’t a song I recognised, but her singing really touched me. It felt as if she was transmitting the love she received as a child learning that song. A bit of Bill, a bit of the time in the family comes to life through her singing.

It never crossed my mind that large Chinese populations would have been in Cuba. Yes, Western cities in Canada, the US, UK, Australia, I had visited the Chinatown. But in South America? That was news to me.

Georgina Wong, who plays the male lead is of Cuban-Chinese ancestry. Georgina’s dad is also from the Pearl River Delta area and was a tailor by trade.

In the documentary Havana Divas, Wong recalls how touched Wong’s dad was when he saw how Georgina found a liking to Cantonese Opera. Like a spider web-like thread, Cantonese Opera is the link his daughter has to his homeland, which he never sets foot on again.

Stardom and revolution in Cuba

There was large demand from the large Chinese immigrant communities hungry for a bit of home.

Caridad recalls how the troupe was really well taken care of, served all the best Cantonese dishes in abundance. In a black and white photo showed during the chat, Georgina is seen all decked out sitting high on a horse in a parade through the streets promoting their shows.

But the Cuban revolution in 1956 changed everything. The troupe was dismantled, the costumes confiscated. Caridad got married and took on jobs including work as a typesetter at a local Chinese newspaper. (She had learned to read and write Chinese from Bill).

Georgina graduated from university in law and became a diplomat. Meanwhile, the Chinese population dwindled because of the revolution. When Georgina revisited Chinatown after a 30+ year absence, she shed tears when she saw the state the town was in.

But with a stroke of fate, she ran into an old acquaintance and got connected with Caridad and they began to sing and perform again. It was funny to see them in the film Havana Divas practicing Cantonese Opera with a violinist. Indeed, where could they have found anyone who plays the real Chinese string instrument – the Erhu instead?

It was a treat to meet Caridad and Georgina and to see them live conveying the old artistry they had learnt as children some eighty years ago. These stage sisters might be the oldest performers, and among the most gracious I’ve met.

Lucky for me, a message for came in the form of my friend’s comment. As we were stepping out of the theatre, still relishing in the tunes and the stories, she said, “What’s key to their longevity and their art is by keeping it fun.”

The key – When you’re having fun, when you’ve found what’s fun for you, you won’t grow tired of it. It fuels you.

Related post on something I learnt that evening: Secret to Longevity: Havana Divas.