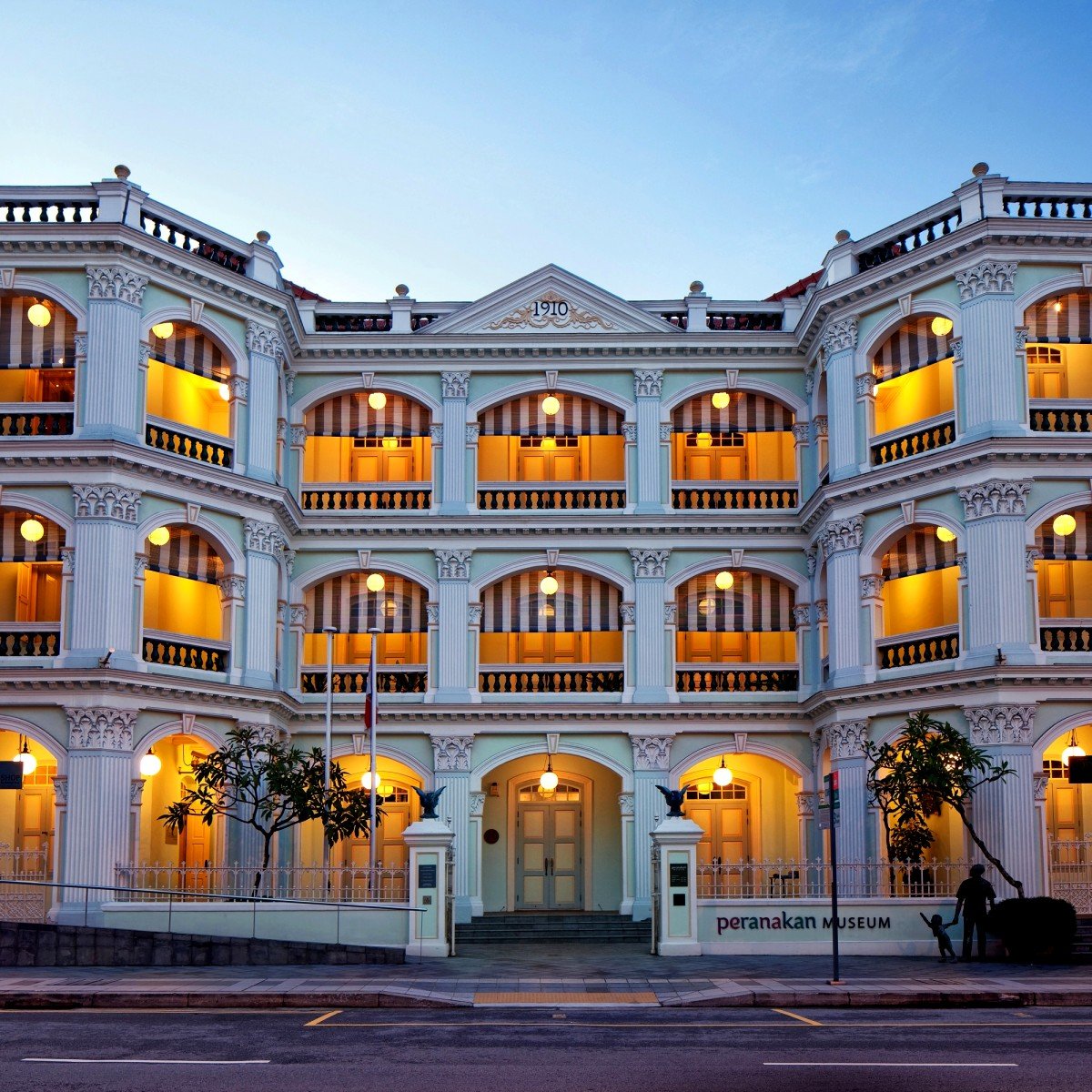 I used to visit Singapore often as a kid as we visited my Aunt who lived here. I had fond memories strolling with my cousin to a nearby arcade getting Archie comic books at the used book store, and having my favorite paddle pops. (4 a day!! For a kid that was like the Best-est holiday!)

Although unicorns weren’t quite a thing then, I guess all kids subconsciously have a love for the magical unicorn colors [Enter Agnes in Despicable Me]

There were fond memories of fresh chicken satays barbequed atop of smokey barbeque stoves. Teppanyaki lunches where we’d retire to the living room area for tea and ice-cream after the meal. And jumping off three-meter high diving boards (my first) at some club swimming pool.

I am here again to explore. This time, with over three decades of travels and life experiences with me.

For a place sleek like Po’s, the sight of children and toddlers would be mostly unheard-of in Hong Kong. And men in sandals? Would also be highly unlikely. Yet, there they were jovially enjoying a dinner that evening.

Singapore has a more relaxed vibe than where I come from – Hong Kong Island, Hong Kong. The blue skies, greeneries and space surely helps. People seem to live well – and keep their weekends to recoup and enjoy, not pushing to party hard so much. Perhaps there is more interest in keeping fit, building muscles instead.

I was asked quizzically, “Why aren’t you a member of a gym or yoga studio?” Quizzically, “Oh should I be? I mostly go walk outdoors or hike. And I found a place with rooftop sunset yoga. It has been quite special doing yoga under the unfettered skies.

Nature and Hiking in Singapore

With Meetups and apps like Moov, Singapore is super easy to get around and to explore.

Bukit Batok: Excellent for some myself time in nature

Just a short bus hop from the Botanic Gardens, Coconut Hill (Bukit Batok) is a lovely place for a quiet 2-hour stroll and respite. Start your day off with a hearty brunch by the Botanic Gardens or walk down the road a little to Atlas Coffeehouse. Quite a few people came on their own, to spend sometime in nature and have a quiet walk. There were plenty little creatures, bugs, and plants to color the walk. It was especially enjoyable to sit by the lake and watch coloured (i.e. male) dragonflies dance about. I tried for the first time to walk the pebble garden.

Shoes off, I walked on the sun-heated pebbles. And surely there was a reason why the Chinese designed such “contraptions’ for well-being. Our feet has reflex points of our body. (Cue reflexology for health and well-being.) Within minutes of stepping onto the sun-heated pebble park, some parts of my feet felt sore, and to my surprise – my digestive system immediately started MOVING! It was that effective! The heat on the stones surely did help. Some kids were on their scooters while their Dad jogged. Others played on the exercise plants while their Dad worked out.

When the Japanese left, they made sure to tear down the Shrine, instead of leaving it to the British to do so. Now, the Ford Factory Museum in the area serves to present and the history of the place during the occupation.

Thanks to Meetup, I joined this hiking group on a guided hike of Chestnut Hill. As we began, I thought, “This feels like going on a demonstration like we do in Hong Kong! With a massive turnout of at least 100 people. We hiked, we walked together. The guides told us about a hidden tomb of a Chinese businessman and his five wives. Why certain graves had the unusual character 㳉* of Water and Moon.

We looked out for rubber tree seeds and the shells of seeds which could make excellent Futaoki (Lid rest of the metal pot) in Japanese tea ceremony [enter photos of rubber plant and possible futaoki] Post-hike, there was the option to grab local grub at the neighborhood hawker centre. I met a lovely mom and daughter duo who lived in Dubai for eight years and thoroughly enjoyed the meandering paths and hauling myself/get hauled up from public water facilities. Great team effort!

Planning To Hit These Up in Singapore

#1: The Malay Heritage Centre hosts them. I attended two – the first time, we listened to a story of the Mousedeer that outsmarts the Monkey. The second time, we heard the story of the alligator and made our own alligator using cloves and a wooden clothes peg! See “Tales from the Nusantara” at https://www.malayheritage.org.sg/en/whats-on/programmes  (Nusantara is the Indonesian/Malay name of Maritime Southeast Asia. I was surprised to hear an Indonesia story at the Malay Heritage centre. Turns out Indonesia & Malaysia are all part of Nusantara)

#2: On a tour of heritage buildings, we visited the Old Parliamentary House that the founding fathers hashed out the future of the country. The guides showed us Lee Kwan Yew’s seat and pointed out that on the sideboard of each seat, is a knob where one can turn to select one of the four official languages through their headset: English, Malay, Mandarin, and Tamil.

#3: In university, there were classmates of mine that went through National Service in Taiwan or Singapore. Then, I had the impression that students felt that National Service was a drain on these young men’s precious time. They hoped they didn’t have to join the workforce later than men of other countries – potentially giving them a slow start to the “rat race.”

What was surprising to discover however, was the moms’ perspective. One of the moms raved about how NS training has made her son (who recently gone through the NS training) much more disciplined. Not only did he come home to cook for the family on weekends, he just matured up overnight.

Another mom reckons by sending the boys to NS from 18 to 20, it helps minimise their exposure to drinking, drugs and all sorts of destructive behaviours. She conjectures based on reading from The Teenage Brain that the frontal cortex isn’t properly linked to other areas of the brain until around age 21.

So by the time the boys have gone through the discipline and training of NS, it actually puts these young men at an advantage – they are in a better mind-state and maturity to get the most out of their university experience. And – it may in fact translate to better outcomes too that lasts the lifetime beyond school. In Singapore, all men post-NS have to pass annual physical tests and serve yearly up to age 40! What a way for a country to keep its people fit and healthy!

#4: Alcohol. On occasional, I’d have a highball. The same canned high-ball I grab from Sogo HK is almost double the price in Singapore! So my local friend’s tip is to drink mostly at home and order deals from her “wine guy.”

#5: The Singapore grannies – I see them at various posts – at the MRT stations, at McDonalds managing the upkeep of the place, and at the Supermarket check-out counters. They are a gentle and generally friendly bunch. As I carry a smallish cloth bag to hold loose groceries like apples, peppers, the grannies oft like ask curiously and cutely, “Did you sew this yourself?” I reply, “Oh haha, I actually got it at a TCM clinic” (I did have an idea that it could be cool to make a lot of these bags that people could use at fruit stalls in lieu of plastic bags.) At the McDonalds, one of the grannies asked, “Oh you couldn’t finish the drink?” with a kind smile. “Oh, it was too sweet for me.”

#6: Singapore started a drive to cash-free society in the early 1980s. (https://www.nets.com.sg/about/milestones/) Here we can pay cab rides, get food delivery, subway tickets – almost everything on a card. With the exception of smaller stalls at hawker centres and some smaller restaurants, but even there those might be able to take Grab Pay (which is an app that provides Uber-like car services and food delivery)

So there you have it. Where My Heart Leads in Singapore.